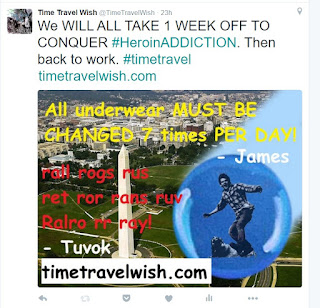 the author: having fun while exposure of the discovery continues. On 4/28/2016 I validated the ability of Team 2 (from this side of the timelines/dimensions) to communicate using Gravity Well Technology to manipulate moisture from a huge distance of nearly 100 million miles away, in close proximity to our star. It was the first documented contact with an alien civilization on Earth and can be valiated by anyone viewing 2 social network accounts belonging to myself as TimeTravelWish.com

Chapter 1
The Black Hole Test
Each space traveling civilization has passed the black hole test and while doing so they have created thousands of stories in the known galaxy. The most challenging test in the universe now brings this story to these pages.  If an advancing civilization passes the test it then develops faster than light speed travel and goes on to thrive in the galaxy as a member of the interstellar community. If a civilization fails the black hole test, as most do without having help, it vanishes in an instant leaving a dangerous and disruptive drifting black hole as the only memorial of their lost existence. If a species is about to fail their test, intervention by an advanced alien species can halt the inevitable and postpone the extinction of the species and the disappearance of a planet or of a solar system. Such is the background that became the widely told legend of an  alien intervention, and a legend within that legend of a single human man who had been given the ability to influence Earth toward completion of a tremendous and seemingly impossible task, the end of all suffering.
The empire of Desha and the Great Alliance of Planets were the navigators of Earth's passing the black hole test and surviving. After Earth passed it's test the real ground-work had to begin. It was the Deshans and one man with total commitment in service to his planet who drove Earth on to it's next destination: admittance into the Galactic Alliance of Planets, which for every new planet admitted means a technological boost in progress of a thousand years or more and full communication with cultures each unimaginably different. For admittance to come about the Earth must show it can achieve the end of all suffering as all Alliance planets had done. To lead Earth in this challenge, to be the face of the effort, one of Earth's own was chosen and he was given unstoppable power as he was integrated with Deshan gravity well technology and a Deshan consciousness to guide him with more wisdom and experience than any Deshan.  The human man and the Deshan being inside him were a single super hero, a creator of solutions, a force unchallengeable. He was also lovable, smart, funny, impulsive, handsome, outrageous, empathy filled and emotionally sensitive so much that his love for his fellow humans spilled over into everything he did, every creative idea, every new plan to reach the end of all suffering.  His reverence and existence is so acclaimed now that I am embarrassed to have to type his name in the following space. His name of course was Jesus Carlson. Today when an Earthling considers the end of all suffering and all that it took, Jesus' gently smiling face and a popular video of him tossing an American aircraft carrier into the sun, comes to most people's minds. But some will just look up at the moon to see the twelve-hundred mile high initials carved out by Jesus himself and everyone always smiles and feels hope upon the sight of it.


But when I  look back at how things just seemed to fall into place for Jesus and his plans, with each keystroke and with each new day that the eas movement progressed, I felt it. As the end of this book approached, this lifelong atheist very surprisingly discovered that he was reaching out for it superstitiously, and like man in Michael Angelo's Creation, I used my mind and it's veritable pointing index finger to touch destiny, and I'm pretty sure I did.